3 Signs She Likes you Back

The British Guy
meeting her family for the first time, more confidence, picking up a few things for her, sign that she likes you, surprise her

Unless they’re teenagers, girls are notoriously subtle. If you have your eyes on a cute girl then you might have been talking to her and trying to hit on her. It can be tough to figure out how she feels about you, because chances are she’s scared that you don’t like her. She won’t make it too obvious that she’s into you, but there are a few key things to look out for as a sign that she likes you back. Consider these things to ask her out: 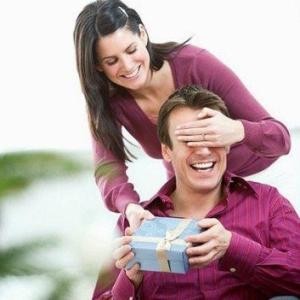 “She is interested in you if she gets you small gifts”

She’s not going to go all out and buy you that new game system you want, but she might buy you a little thing or two while she’s running errands. This is a huge tip-off because it shows that she’s thinking about you all the time, even when she’s just out at the store. Even if it’s just something silly that reminds her of a joke the two of you shared, it may mean the whole world to her. Return the favor by picking up a few things for her the next time you’re out, and you’re one step closer to having a thoughtful girlfriend. Small knickknacks are things she’ll keep for ages, even if you only paid a small amount for them. It really is the thought that counts.

This is probably the biggest sign that she’s interested in you. An invitation to come spend some quality time with your family tells you that she wants to show you off to her family to see what they think. Even if she doesn’t tell you it’s a date, you’d better dress well. You’ll be meeting her family for the first time, and you want to make a good first impression. If you have fun and get along well with her parents and other family members then it’ll take you places you never dreamed of. It’ll also get her seriously considering you as a boyfriend, so you’ll be on the map, which is exactly where you want to be. 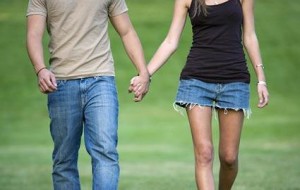 “Hold her hand while walking”

Girls communicate a lot through touches since they tend to bottle up their actual emotions, especially affection. If she really likes you, she’s probably terrified of you not feeling the same. If she starts acting shy around you and finding any excuse to touch you, it’s most likely a crush. Girls are adorable when they’re in love, and it’s easy to get them all flustered. Shoot her a smile when she gives you a little pat on the hand, or really surprise her and hold her hand after she tries to pull it away. If you play back, it’ll send her the message that you’re just as interested as she is. If you guys keep touching back and forth, who knows how far it’ll end up going – just roll with the punches and see where it takes you. She’ll be thrilled that you’re responding so well to her, and it should give her more confidence.