The British Guy
a cathedral, going to a museum, to impress her, win her heart 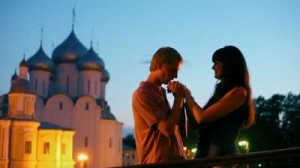 “Take her to a local Cathedral”

Every woman has particular interests, some of which may be common like going to the cinema – or some of which may be very specific, such as a museum buff. Artsy girls are the best you’ll meet for company, because they generally are clever, but also not primadonnas. (Watch out for the stuck-up ones.) But how to impress someone who is so clever? By showing her your creativity with a few unique dates, you’ll win her heart in no time. Artsy girls can also mean a few different things. We’re talking about birds that have studied something to do with the arts, or maybe she’s even an artist herself. Basically, if you’re trying to win over a woman whose heart does not lie with Einstein, we have a few suggestions about how to get her attention.

Go for the Local Sights First 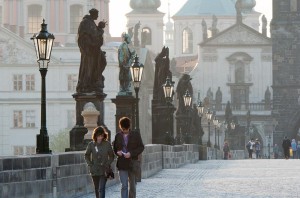 “Visit historical places in your own city”

She’ll be pleased that you’ve made a special effort to do something that she’s interested in, so you’re already starting ahead. Regardless of where you live, chances are that there’s a cathedral, or at least, a chapel. Every country is full of history, and a lot of times it can be fun to simply go and walk around. Brush up on the local sight and tell her that you want to visit a few. Don’t outright lie, if culture and art isn’t your interest, but at least make an effort to enjoy it. Sometimes there are sights that are both entertaining as well as cultural, like a famous historical building with amusing stories behind it. Don’t force yourself to do something you absolutely despise, because she’ll be able to tell, and it can turn out to be miserable.

We don’t recommend this on the first date, since you’re going to ask her to go somewhere with you outside the local area but taking a train ride can be romantic. It’s old-fashioned, and if you plan to have afternoon tea and a bit of sightseeing in a nearby village, you have far more options than just staying local. Again, do a bit of research before going. Choose a place that you think she’ll actually like, especially if it’s the second or third date. You should have a much better idea of what excites her by that point.

Show Her Your Knowledge

Show her that you know at least a bit about her interest, and read up on the history and background of the places you take her to. If you’re going to a museum, look online for the descriptions of exhibitions they are having. On the other hand, once you do something for her, then turn it around and ask her to come along to do something that you enjoy. If you are going to a football match, although she may not be a football fan still she’ll indulge you the way you indulged her. Don’t act a dolt and desperately try to impress her. While you appeal to her unique interests, she should also meet you halfway.