The British Guy
be just friends, being a boyfriend, Hanging out, she will get jealous

The friend zone is a sad place to be in, but it happens to the best of us. For those who don’t know, the friend zone is the place men go when the girl they are into doesn’t want to be in a relationship with him but still wants to keep him around to comfort her/keep her happy. It’s like being a boyfriend, minus anything physical or having any of her loyalty. But you got there for a reason – you love this girl. Just because you’ve been exiled from boyfriend ville doesn’t mean that you should stop trying to get back. Romance movies are all about that sort of stuff, right? It’s going to be a hard journey, but give these three tactics a shot and you might be able to be her main man. 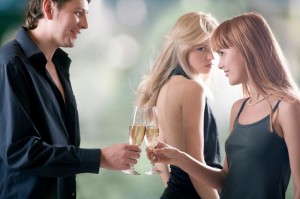 “Tell her that you are busy, even if you are not”

It’s going to be difficult because she’s so amazing, but if you’re always there, how is she going to miss you? When a girl likes a guy, part of it is the mystery of not knowing him, or at least the romantic side of him. Since you’ve tried to be “that guy” for her and failed, you’ve become her best guy friend, which is very different. As her best guy friend you’ve been through all of the friend trials and she’s found out a lot about you; your favorite foods, what movies you like, quirks that you don’t even know you have. Those are all things she can only imagine with the man she wants to be with. Hanging out all of the time only makes you a comfort blanket. It’s something that she’s used to and has come to expect to be around. If you start making yourself scarce she’ll start thinking about you and what you’re doing. That puts a bit more mystery to your name than there used to be. 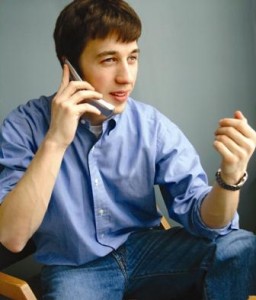 “Flirt with other women to make her jealous”

Next, start flirting with other girls when she’s around. At this point she obviously knows you like her in some way whether she realizes it’s romantic or not. Therefore, she’s used to having your attention and constant aid. When you two start hanging out in public, check out other girls. Obviously. When she sees you looking at them or commenting on them, she will get jealous. It’s in a person’s (especially a girl’s) nature. But if she starts getting visually upset about it, don’t stop. It’s not fair for you to have to hear about the idiots that break her heart and leave her crying on your shoulder. Or about the amazing dates she has with them. You too can point this out to her.

Should You Talk to Her About It?

If all else fails, talk to her. Lay your feelings on the table for her to see and let her know that you don’t want to be just friends. Tell her how hard it is to see her with other guys who she dates. What makes you only a friend? Is she willing to take it to the next level? If not, then maybe it would be better for the two of you to be acquaintances. It’s not that you don’t want to be around her all of the time (you most likely do) or be her friend, but it’s asking a lot of you to stand by and watch these other guys fill the role you wanted to play. After this, you have to make the decision to suffer in the friend zone or walk away.