Leave the Sonnets at Home: 3 Things to Never Do on a First Date

The British Guy
a sonnet, impress the girl, things to never do on a first date, wear a tie

You’ve got a first date coming up, and you really want to impress the hell out of her. But this presents a few problems. First of all, when you go on a first date, the entire point is to get to know each other and see if you have chemistry. If you’re trying too hard to impress the woman you’re on the date with, you’re going to totally obscure anything genuine and authentic about yourself, and she’s not going to know what to think. In fact, you may come off as a bit of a git. Keep it simple and tasteful. Here are some things to never do on a first date: 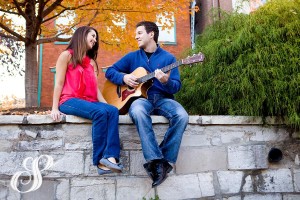 You don’t want to overdo it when you’re out on that elusive first date. Trying too hard constitutes a situation where the effort is disproportionate to the context. For example, presenting a sonnet to a woman? This could be romantic if she’s your future wife, but if it’s your first date, you’re just going to come off as an absolute nutter. Even if you’re on a date with a girl studying literature, she is going to feel uncomfortable. In essence, trying too hard is when you do something so over the top that it leads to awkwardness. Don’t make grandiose gestures on a first date. There’s absolutely no point, and it only creates tension. Instead, focus on being friendly and good humored.

How to Avoid Trying Too Hard

We understand you still want to impress the girl you’re meeting for the first time. We’d feel the same way, especially if you’re attracted to her. The best way to avoid trying too hard is to judge a gesture by how stressful it is for you to make. Composing a dramatic ballad about the color of her eyes? Strange, time consuming, and stressful. Picking up a bouquet of flowers that catches your eye? Good, thoughtful, and easy. Use your own stress level to gauge what an appropriate gesture is. If you’re working too hard on something, to the point where you’d rather just skip the date to be done with it, like an overdue, late night school project, stop what you’re doing, and step away from the guitar.

When to Try a Little Harder 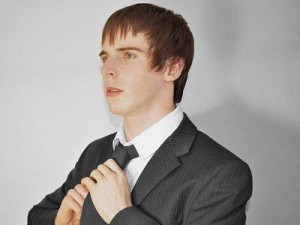 “Impress her with your dressing sense”

You’ve reeled in your tendencies to over compensate for nervousness by presenting grandiose gestures to impress women. However, there is a time and a place to try a bit harder. (Overall, we’ll just say it: keep the sonnets out of it. You’re not Shakespeare.) If you’re on a second date and you really liked the girl, get her some flowers. That’s thoughtful, but not so over the top that it’s creepy. Choose a slightly more posh restaurant and wear a tie. Small gestures can be very meaningful, and as alert and detail-oriented as women are, she’ll notice.