Meeting Women Online: Why the Stigma Is Wrong 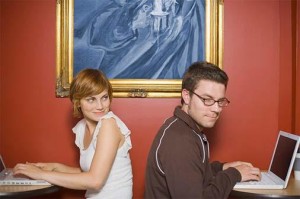 “These days it is easy to find a date online”

The older we get, the harder it is to meet a woman. When you were in school or university, there were girls everywhere in every shape, size, and personality you could think of. But when the pickings become slimmer, you have to make some concessions. It may no longer be the simple act of going to the pub to chat up a girl. The ones you knew in college might be married or even have children. Maybe they’ve all moved elsewhere. Whatever the situation, it’s a fact that once you’re out of school, it’s harder to meet people in general. That’s why so many men have turned to online dating. It has the social stigma of being pathetic, but trust us, it’s actually not. It’s got an undeserved, bad reputation, and it’s far more efficient and dependable than having an awkward exchange in a pub after you buy a girl a pint that has a boyfriend.

There are lots of different kinds of dating websites, some catering to specific religions and cultures, and some that are just generic. The best way to find one that’s right for you is to narrow it down to those that include heterosexual men, and seem to cater to a younger crowd. Google dating site reviews and see what pops up. Every dating website has its own distinct culture, with some sites attracting younger, more bohemian people, and some catering more to conservative traditionalists. Some dating sites are also specifically geared only toward the LGBT community, or other specific groups, like Christian or Jewish dating. Keep an eye out whether the sites you’re looking at, focus on anything particular groups before deciding on one. There are also free websites, but a lot of them require a monthly fee. Again, do your research.

Filling Out Your Profile and Choosing a Photo 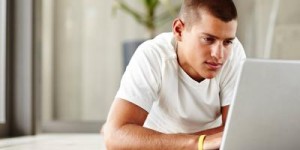 “A complete profile will fetch you more responses”

Now you’ll have to fill out a profile that lists your likes, dislikes, and other interests, as well as choosing a profile photo. First of all, peruse other people’s profiles, and see if there any obvious mistakes. For example, sometimes profiles are too bland, and sound like every other profile you read. Others are too specific, and end up going into a detailed, awkwardly candid history of why their last marriage failed. The key here is to be humorous and to the point, amicable but not generic. Just be honest. The thing is, whoever you hit on, is going to meet you in person, so don’t try to make yourself look like something you’re not. The same goes for choosing a profile picture. Don’t choose your official head shot from when you wanted to be an actor several years ago. This is misleading, and when the woman meets you, she’s going to be disappointed. Stick with a flattering, but honest portrayal of your appearance. In this way, online dating is even better than traditional dating, because you already have the ability to sort through many different women and preempt having absolutely nothing in common.