Reconnecting with Classmates for Romance

The British Guy
a rapport, ask her on a proper date, Facebook, rekindling a relationship

We all have to eventually move on with our lives after school. But, damn it, school is just so much fun. Many guys worried about grades, matches and drinking, which is a brilliant existence. However, after a few years have passed, your old mates may have established themselves in their lives – getting married, working on a family, busy with a job – although your biggest concern in life still might revolve around sports. What better way to find romance than rekindling a relationship with that girl you used to fancy and sneak looks at during lessons? If she’s single, then you have a rare opportunity. You already know one another, but you also get a chance to reconnect. 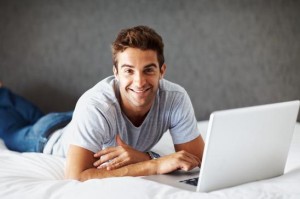 “Find her on Facebook and send her a friend request”

The simple answer here is Facebook. Everyone is on Facebook these days, so search for her profile. A good way to start if nothing comes up with her name is to filter through the school you both went to. If that fails, check to see if you share any mutual friends, which is likely if you were in the same year. Depending on your initial relationship with her – friends, or admirer from afar – you’ll want to send a friend request that doesn’t seem random. For example, if you were friends, or even casual acquaintances, you don’t need to formulate an elaborate introduction. It will be self evident as to why you’re sending her a friend request. However, if it’s a girl you fancied but never worked up the courage to approach, be more careful. Keep it very casual, but friendly. Re-introduce yourself and mention a class you were in together. Something like, “Hey, it’s me (your name). We took drama together! Hope you’re well.” Don’t explain yourself too much, and leave it up to her, how to respond.

Broaching the Topic of Meeting 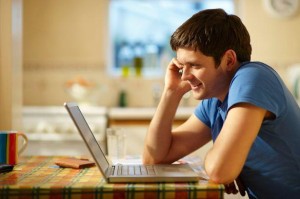 Assuming she accepts your Facebook friend request, move on to phase two. Have a look at her interests, and see what she’s been up to. Peruse her photos, but under no circumstances admit that you did. Also, don’t comment on the fact she’s single. You’re just giving yourself away and it comes off as overbearing. Instead, strike up a conversation about the past. Say you’ve been trying to reconnect with old school mates and you’re pleased she wrote back. If there’s a rapport, ask her if she wants to meet.

Deciding on Relationship or Friendship

This is where it gets tricky. If steps one and two have worked for you, then at this point, we’ll assume that you have met her in person, and she’s not a cow or flat-out crazy. Do something casual together and see how it goes. If you’re going to ask her on a proper date, make it clear. Never leave whether or not you’re asking her out as ambiguous. All we can say at this point is that the decision is yours, but if she’s back in your life and you fancied her in the past, maybe its fate.