The British Guy
a clingy girlfriend, give up your freedom, parenting, skip the condoms 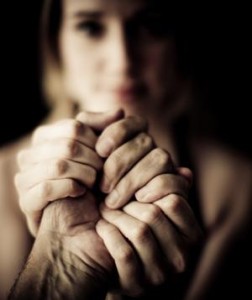 “Beware if she wants a committed relationship”

Of course when you start dating someone new, you want it to last as long as possible. There’s no point in dating a girl you see no future with, but there is such a thing as moving too fast. There are a few red flags to watch out for when you two are just starting out, and if she wants to commit too quickly, then you should just nip it in the bud before it gets too bad. The last thing you want to do is commit yourself to a girl who’s going to be too clingy and obsessive, so look out for any of these telltale signs that it’s time to call it off:

Talking About Settling Down

If she wants to start picking out curtains within the first few months of your relationship, you need to run as far as you can, away from her. Wanting to move in right off the bat is a sign that she’s completely obsessive and is just itching to control your life. She might tell you that she just wants to take care of you, but really she wants to keep you at home with her and not let you go out with your friends. If you’re willing to completely give up your freedom, then go ahead and let her move it. It’s your funeral really; once she moves in you’re never getting her out and you’ll regret it.

The literal worst thing that she can start talking about when you two are just starting out is her parenting preferences. She’ll start with something subtle, like asking you how many kids you want someday. Do not answer this question under any circumstances – it is a trap. If you start getting into that, then she’ll start getting ideas. Before you know it she’ll want to talk about names, genders, and how you two will work as parents together. This is a scary conversation to have with a girl you don’t know that well, so it’s time to kick her to the curb before she starts asking you to skip the condoms and planning out the nursery.

Wanting to Meet Your Parents 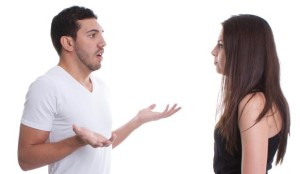 During the first few weeks of your relationship, if she asks to meet your parents, you might want to reconsider your decision to date her. Any girl who wants to go through the stress of meeting her boyfriend’s parents right off the bat is clearly insane and is looking to worm her way into your life as fast as she can. Her logic is that if she gets into your mom’s good graces, then you can never get rid of her or else you’ll never hear the end of it from your parents. You do not want your new girlfriend to be friends with your mom, because if you two break up then there’s a high chance that your mom will still talk to her and will tell her all about your life. The only thing worse than a clingy girlfriend is a clingy ex-girlfriend who’s in league with your mom.