The Art of Being Clever

The British Guy
a scientist, Being around intellectuals, Einstein, organic chemistry 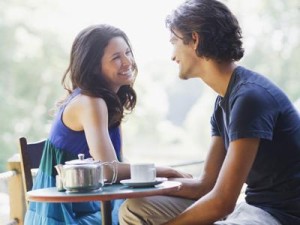 “Be confident while dating a clever girl”

You meet a fantastic girl who has all the right qualities: sense of humor, brilliant in bed and is fit. You get on very well, and you’re all around pleased with the situation. Only you realize, she’s way cleverer than you are. While we personally don’t take this as an offense – we like to think we have at least a bit of brain, but we’re not Einstein – it can be a bit intimidating to try and keep up with a particularly bright bird. Not to fear. You don’t have to increase your IQ to keep her interested as there are a few simple ways by which you can impress a clever woman.

What’s Her Field of Study?

While trying to figure out how to impress a brainy bird, you might start with her field of study, whether it’s the arts, sciences or performance. The key here is to take an interest in her interests, and not her work. Tease out what part of her work is work, and what part of it is passion. There’s usually a reason people go into particular fields, so by showing an interest in her passion, it’s going to win you points. However, don’t make your interest in her work feel like work when you talk to her about it. The best way to engage a topic that she’s an expert in, is to find a way that you genuinely relate to it. For example, if you’re not a technical bloke, and she’s a scientist, focus on something like the biographies of scientists she admires. Read up on one or two, and bring it up in conversation. She’ll appreciate the effort, and make it clear that you have done it for her.

Playing to Your Strengths

Don’t act like you understand organic chemistry if you don’t. You’ll wind up sounding like an idiot, and she’s probably going to be both confused and turned off. Instead, focus on something you know you’re good at, and apply it to something you don’t necessarily understand. For example, maybe you’re a hands-on type of bloke. Fix her a romantic meal, and make some jokes about how you understood the recipe much better after reading up on organic chemistry. Engage her in the conversation, and ask her – jokingly – to explain the scientific equation for curry.

Honesty Is Your Best Quality 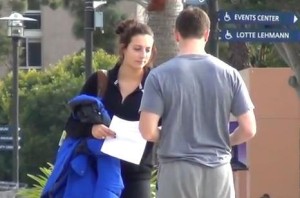 “Be honest and don’t lie that you like science”

There’s a reason why women like you, so don’t try to turn yourself into someone you’re not. Keep on with the way you’ve been presenting yourself, because if your clever girlfriend wanted to date someone she works with or a fellow colleague, she could. She’s chosen you for a reason, and often, people in academic fields crave stimulation outside of their chosen profession. Being around intellectuals gets very stuffy, so if you’re the opposite thereof, it might actually be a reason why she enjoys your company. However, a bit of effort to pay attention to her work never went amiss. Carry on and don’t act intimidated. She’s with you for a reason.