The Love Poem: Tips from Shakespeare

The British Guy
a better person, Set yourself a goal, Shakespeare, writing a love poem 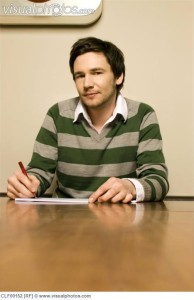 “Impress her by writing few lines in her praise”

It’s been hundreds of years since Shakespeare was alive, but a true love poem never goes out of style. It’s one of the most classically romantic gestures that you can make, and with that in mind, a lot of men turn their hand to it when they’re trying to express themselves to a certain woman. It’s hard work. Whether you’re a live long writer, a life long reader, or whether this is your first time trying something as personal as this, writing a love poem is hard. Fortunately, you don’t have to use iambic pentameter to get tips from the Bard himself.

Tip #1: Add some general info about love, not just heaping praise on the subject

Four stanzas about how much you like her smile is great, and touching, but it’s just a fancy compliment. If you want to get to the heart of something, bring up some emotions, talk about what a force love is in your life, in other’s lives and in the whole world in general. Tell her that other people have a better time in life because your love for her makes you a better person. Cheesy, but a much more romantic idea than ‘I really, really, really, really think you’re pretty.

You might be familiar with the line, “My mistress’s eyes are nothing like the sun.” Believe it or not, this is actually an incredibly moving sonnet, that comes from the fact that Shakespeare doesn’t hold her up as a goddess, he holds her up as a mortal, beautiful but not perfect woman whom he loves. Don’t tell your girlfriend that she’s perfect, tell her that her smiling eyes bring joy to your heart. If you can, try to add a little more emphasis to aspects of her appearance that you know she likes. It’s tempting to gravitate to her flaws in an effort to bolster her self-esteem, but if you go too far she’ll assume you’re lying to be sweet. Pepper in big compliments to parts she herself likes, be it her hair or her waist, and leave smaller compliments on parts about herself that she doesn’t like so she’ll be more likely to believe them.

Tip #3: Keep it short and sweet

Most of Shakespeare’s sonnets were only 14 lines long. You don’t have to write pages and pages to get to this woman’s heart; a few single page poems, artfully arranged and staggered in presentation, should be more than enough to keep her awash in good feelings, interested and satisfied. 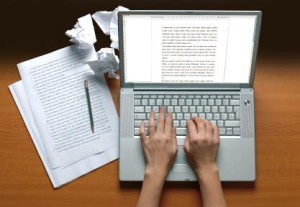 “Practice will make you perfect”

Only a fraction of Shakespeare’s sonnets and poems survive to this day, but it’s speculated that he wrote at least a few hundred more. Even with great talent, you don’t become an amazing poet over night. Set yourself a goal that’s fairly steady: say, to write your girlfriend a poem once a week. You don’t have to give them all to her; just keep writing them, and either throw them out if they’re not good, or save them up for a time when you might need to impress her. Practice will make the whole process easier, and having more poems to choose from on holidays will be a major stress reliever.