When to Introduce Her to Your Family

The British Guy
be rude, break up, don’t be too worried, ghost stories 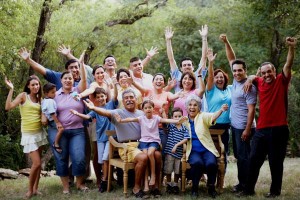 There comes a time in every relationship when one of you has to meet the other’s family. It’s difficult to meet your girlfriend’s relatives for the first time, but it’s an easy decision to make. You’ve already been invited and it would be rude not to accept. But when it comes to taking her to family dinners at your house, it’s a whole different story. When should you introduce her to your family? You don’t want it to be too soon, but you also don’t want to hurt anyone’s feelings by putting it off for too long.

How Long Have You Been Dating?

How long have the two of you been together? Whether or not you like it, time is a factor when it comes to taking her home. It’s not as if there is a minimum or maximum amount of time that needs to pass, but keep in mind that if you bring home every girl you’ve ever dated then they would all blend together. If you really feel that this girl means something special to you and it’s been more than a few dates then there’s nothing wrong with having your parent’s approval. Just make sure that you have been seeing each other for a while so that you actually know her. It would be awkward to have family dinner and then have your date start spouting out strange ghost stories or something. When the two of you have been dating long enough you’ll also leave the honeymoon phase. This will make sure that the two of you can keep your hands off each other long enough to pay attention to everyone else.

Are There Any Holidays Coming Up?

An excellent way to break the ice and make it very comfortable for everyone during a first meeting is to bring her home during a holiday. There will be tons of family and it will be hard for her to remember everyone’s name, but there won’t be much direct conversation toward her that extends beyond the two of you. She can easily answer when the two of you got together and what she does for a living. Also these events don’t happen that often so if the two of you break up or have a major life event in between them it’s not that surprising to anyone considering a whole year has passed.

Don’t Forget About Your Friends’ Help 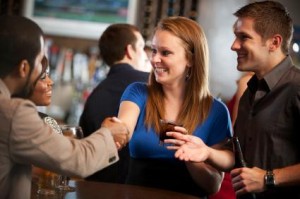 Introduce your girlfriend to your friends”

If you aren’t sure when to take her home, show her to your friends. Your friends are just as good as your family and will tell you the absolute truth. Arrange some meetings for everyone to hang out and then once she’s left ask them for their opinion. Most likely they’ll start off with her good qualities and move on to any negative that might exist. Even if they’re there, ask if they’re big enough to have to keep working on before she meets the rest of your clan.

Keep in mind that the right time to take your girlfriend home might never present itself. Your family will probably accept you and whomever you want to make a life with (unless she’s just a creep), so don’t be too worried or nervous about it.